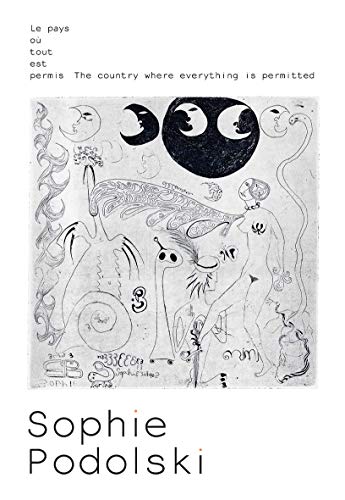 Críticas ""The world Podolski created is thorough, every bit her own, a vision of form, syntax, and meaning. . . . Podolski's work is a strange gem buried in '60s and '70s counterculture, an intimate cri de coeur.""-Nicole Rudick, Art in America Reseña del editor This bilingual publication offers an unprecedented exploration of the work of Belgian poet and artist Sophie Podolski (1953-1974), who has lingered in obscurity since her untimely death at the age of 21. Podolski's work is emblematic of a time marked by sexual liberation, antipsychiatry, and youth disenchantment. As a self-taught writer and artist, she wrote in an uninhibited and provocative style about life, popular culture, and conformist society. While she was known primarily as a poet during her lifetime, this book places emphasis on Podolski's visual practice and highly personal iconography. As well as the original manuscript of her only book, The Country Where Everything Is Permitted (1972), this book showcases Podolski's remarkable body of graphic works, with more than 100 drawings and some of her earliest etchings. Ver Descripción del producto