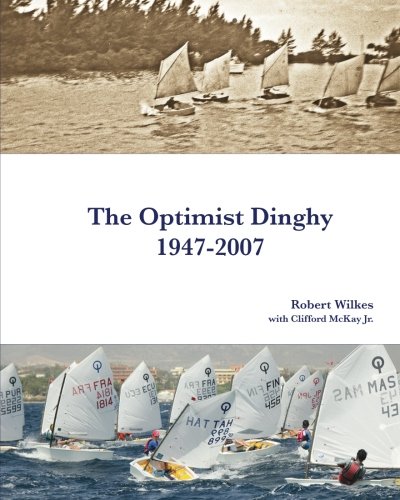 Reseña del editor The orange crate that changed the world. How did a funny looking box with a strange rig from the creeks of Florida come to be the globally accepted first sailboat for young people? How did it happen? What were the steps that led to its success? How did it change attitudes to junior sailing? How many Optimists are there? How does it relate to the Olympics? This book chronicles, with help of contemporary documents and photos, the history of sixty years of change and growth, and charts with hard facts and figures what has become the stuff of legends. Nothing has gathered more legends than the historic events of 1947. In a 23-page supplement Cliff McKay Jr., the first boy to sail an Optimist, has researched and now publishes what really happened. Biografía del autor Robert Wilkes was secretary of IODA, the International Optimist Dinghy Association, for ten years from 1997-2007 but had been involved with the Class through his wife Helen Mary since the late 1970s. He read history at Jesus College, Cambridge, including under Moses I. Finley, author of ""The Olympic Games: The First Thousand Years"", and then managed and owned printing companies in Ireland. When he retired as secretary he returned to his academic discipline and researched the often confused archive of IODA in the hope of analyzing the events he had watched unfold for thirty-odd years. In this book he has tried to combine his training in the use of source documents with his business experience of using figures to assess results, in order to establish the true history of a remarkable phenomenon.