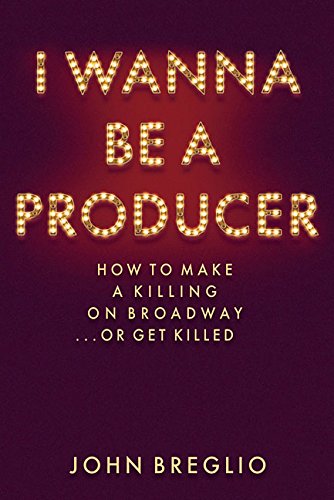 What does a producer actually do? How does one travel from that great idea for a show to a smash hit opening night on Broadway? John Breglio cannot guarantee you a hit, but he does take the reader on a fascinating journey behind the curtains where he himself once stood as a child, dreaming about the theatre. Part memoir, part handbook, Behind the Curtains is a road map to the hows and wherefores, the dos and don'ts of producing a Broadway play, written by a Broadway veteran with more than 40 years of experience. This comprehensive and highly informative book features practical analysis and concepts for the producer-and is filled with entertaining anecdotes from Breglio's illustrious career as a leading theatrical lawyer and producer. Breglio recounts not only his first-hand knowledge of the crucial legal and business issues faced by a producer, but also his experiences behind the scenes with literally hundreds of producers, playwrights, composers, and directors, including such theatre luminaries as Michael Bennett, Joe Papp, Stephen Sondheim, Andrew Lloyd Webber, Patti Lupone, August Wilson, and Mel Brooks. Whether you are a working or aspiring producer, an investor, or are just curious about the backstage reality of the theater, Breglio shares his knowledge and experience of the industry, conveying practical information set against the real-life stories of those who have devoted their lives to the craft.

Review
"John Breglio could hardly be better qualified to share his views, having spent decades as a lawyer advising those wishing to put shows on to the Great White Way before retiring from the day job and becoming a producer in his own right...The attractions of I Wanna Be a Producer are numerous. On a professional level, this is a man who knows his law and business practice inside out and explains things patiently and clearly….By the end of I Wanna Be a Producer, purchasers will have learned a great deal about the mechanics of Broadway, the business of show production and the difficulties of working with temperamental artistic types, not to mention business people. It would be a mistake to assume that this book is nothing more than a manual for would-be producers. The general reader will learn a vast amount about backstage business and may well respect those involved far more as a result." --British Theatre Guide


JOHN BREGLIO (New York City) has spent over three decades working in all sectors of the entertainment industry, including theatre, motion pictures, publishing, and music. As an entertainment lawyer, he was instrumental in helping his clients to produce and finance plays, musicals, and films for nearly four decades. In 2008, he retired from his law practice and since then has been producing plays, musicals, and films independently, including the critically acclaimed revival of A Chorus Line and Dreamgirls. Breglio has served as chair of the Theatre Development Fund and has sat on the boards of the American Foundation for AIDS Research, the Alliance for the Arts, the John Golden Fund, and Young Playwrights. He has also lectured frequently for the National Law Journal Seminars, the Practicing Law Institute, and at Yale University and Columbia University School of the Arts, where he has taught a graduate course on theatre and the law. In 2005, he received the Actors' Fund Medal of Honour, and he has been recognised for his contributions to the theatrical community by the Public Theatre, the National Corporate Theatre Fund, and Cherry Lane Theatre.