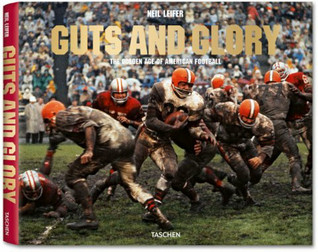 "If you are a sports fan, you have to be a Neil Leifer admirer, for you have been seeing his pictures and they've been shaping your impressions and memories for five decades." —Bob Costas

In 1958, journalist Neil Leifer took the picture that remains one of his most famous to this day. The day he got the shot - Alan Ameche’s game-winning "Sudden Death" touchdown - was Leifer’s 16th birthday. This game, called "The Greatest Ever Played," signaled football’s emergence as America’s new national pastime; formerly half-empty stadiums welcomed sold-out crowds seemingly overnight, while football surpassed baseball in national television ratings. Starting then, on any given Sunday Leifer was most likely shooting a football game somewhere in America. . . .

While best known for his iconic photograph of Muhammad Ali towering over a fallen Sonny Liston, it is his football pictures Leifer considers his best. This collection represents the best of his best, culled from over 10,000 rolls of film on the sport. With an introduction assembled from the best football columns of the era by famed sports columnist Jim Murray, and incisive captions detailing the legendary players, coaches, and games, this volume carries the guts and glory of the game into the end zone.

After our limited and art editions, this book is now finally available as trade edition.