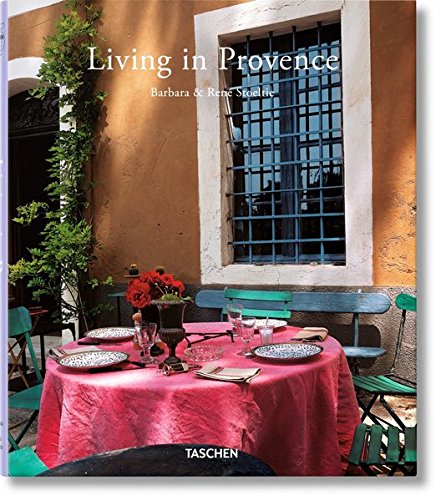 La belle vie. The textures and tones of dreamy Provence. Nestled in the south of France, bordering the Mediterranean sea, is a magical region of the world renowned for its lavender fields, fine cuisine, golden sun, and dreamy landscapes. This land, known as Provence, has inspired such writers and artists as Alphonse Daudet, Frederic Mistral, and Vincent Van Gogh. Paul Cezanne loved the region's Mount Sainte Victoire so much that he immortalized it in his famous paintings; his Provence studio, which still looks the same as it did over one hundred years ago, is featured herein, as is the house where Mistral, 1904 Nobel prize-winner, lived and wrote. Also included are photographs of the famous Hotel Nord-Pinus in Arles where Jean Cocteau sojourned and Picasso stayed when he came to see the bullfights. Bringing together the region's most remarkable interiors, classical and contemporary, this book paints a gorgeous picture of Provencal living.


The author: Barbara & Rene Stoeltie both began their careers as artists and gallery owners. With Rene as photographer and Barbara as writer, they have been collaborating on interior design articles since 1984, contributing to such influential magazines as "Vogue," "The World of Interiors," " AD," " Elle," " House and Garden," " Country Living "and "House Beautiful." The editor: Angelika Taschen studied art history and German literature in Heidelberg, gaining her doctorate in 1986. Working for TASCHEN from 1987 to 2010, she has published numerous titles on art, architecture, photography, design, travel, and lifestyle.