The Gloves are Off: My Life in Cricket (English Edition) por Matt Prior 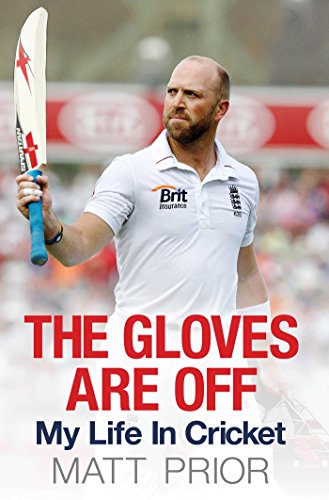 Matt Prior con The Gloves are Off: My Life in Cricket (English Edition)

Since he took over the gloves in the England side in 2007, Matt Prior has become a vital part of England's subsequent success and strategy. In this book he looks at the key moments of his career to reveal how England achieved so much success, winning two Ashes series and rising to the top of the international rankings. From touring India in the aftermath of the Mumbai terrorist attacks to joining in the celebrations with the Barmy Army in Australia, Prior has seen it all.

But what makes Prior's perspective unique is his position at the heart of the action as England's wicket-keeper. He is the man who hears all the banter and sledging; he is the one who gets the best view of some of the world's greatest batsmen up close and personal. Given all that, who better to show what the life of a modern England cricketer is really like than the man at the centre of it all: Matt Prior?