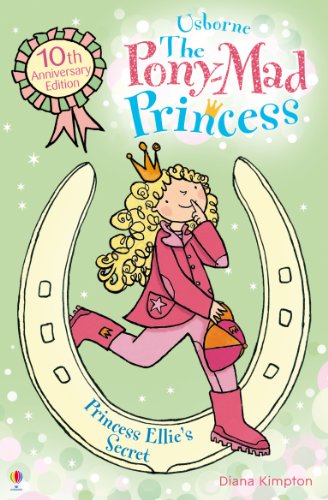 Princess Ellie is pony-mad! She loves helping out at the stables and riding her ponies. It's so long since she learned to ride on Shadow, her Shetland pony, that now her feet touch the ground when she's riding him. The King thinks she looks silly and decides to sell Shadow. But Ellie can't bear to lose him. Can she invent a plan to save Shadow? Includes pony facts, quizzes and downloadable colouring sheets.

"A heady cocktail of princesses, horses and mystery is enough to make any girl giddy. The text trots along with humour and enough horsey fact to hold the attention, while the lovely drawings help fit faces to story." - BBC Parenting