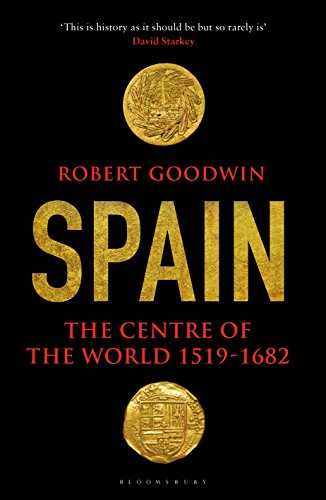 In the sixteenth century, the Spaniards became the first nation in history to have worldwide reach; across most of Europe to the Americas, the Philippines, and India. Goodwin tells the story of Spain and the Spaniards, from great soldiers like the Duke of Alba to literary figures and artists such as El Greco, Velázquez, Cervantes, and Lope de Vega, and the monarchs who ruled over them.

At the beginning of the modern age, Spaniards were caught between the excitement of change and a medieval world of chivalry and religious orthodoxy, they experienced a turbulent existential angst that fueled an exceptional Golden Age, a fluorescence of art, literature, poetry, and which inspired new ideas about International Law, merchant banking, and economic and social theory.