Class of 92: Out of Our League (English Edition) por Gary Neville 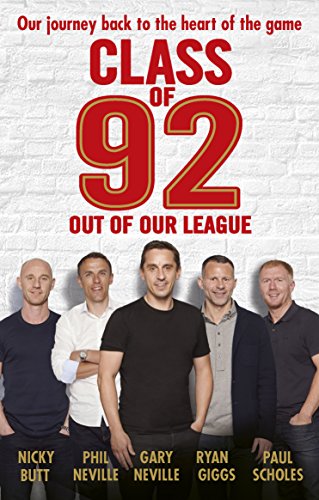 Gary Neville con Class of 92: Out of Our League (English Edition)

As modern football legends, the Class of 92 need no introduction. Class of 92: Out of Their League, however, opens a dramatic new chapter in the story of former Manchester United greats Gary and Phil Neville, Paul Scholes, Ryan Giggs and Nicky Butt, as they take on a new role in each of their lives: owners of semi-professional club Salford City FC.

An enthralling, in-depth account of Salford's first two years under new ownership, Class of 92: Out of Their League combines first-hand accounts from Gary, Phil, Paul, Ryan and Nicky as they try to turn round the club's fortunes, along with a wider story of tremendous athletic and human drama. Featuring colourful characters like managers Anthony Johnson and Bernard Morley, star players, club chairman Karen Baird, lifelong fans, and more, this is a story told with real authenticity and grit. Accompanying the second series of the hugely popular BBC series, Class of 92: Out of Their League is both a testament to the best of modern football and a brilliant reminder, in an era when fans are threatening walkouts over rising ticket prices, of what football is really all about.