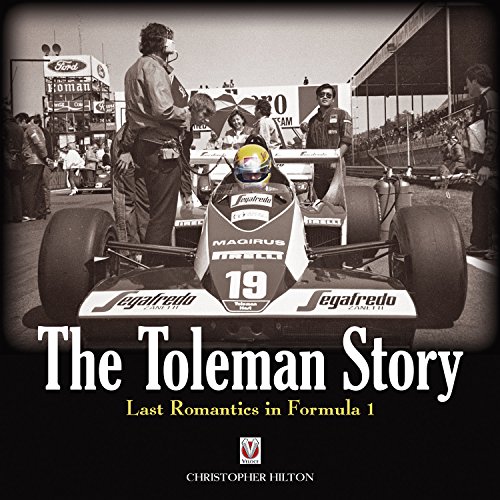 Small, unfashionable, short of money – and the last of its kind to become a force in Grand Prix racing. The story of Toleman is not only fascinating and improbable, it has never been told before.
This was the team that took Ayrton Senna into Formula 1, to which he responded by creating a masterpiece of movement at Monaco. It is still talked about. This was the team that launched Derek Warwick, one of the most popular and accomplished men in British motor sport. This was the team that brought Rory Byrne, Ferrari’s design genius, to sudden prominence. This was the team that enabled Pat Symonds, Renault’s race tactician, to construct his career.
And this is the whole story. Lavishly illustrated, the book retraces the narrative from the very beginning and covers the dramas, heartbreaks and triumphs of each racing season in detail. It is full of poignant memories never published before, as well as hilarious anecdotes and penetrating insights.