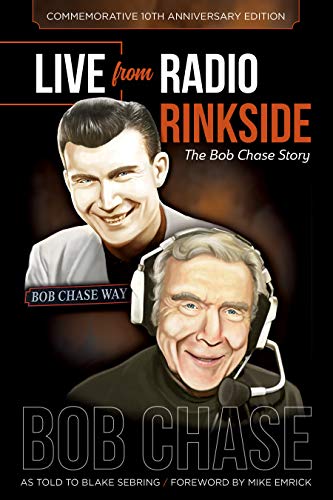 For 64 years, Bob Chase was an institution as the voice of the Fort Wayne Komets, one of the premier franchises in minor league hockey. Thousands of children over five decades have hidden under the covers listening to Chase describe the action throughout the Midwest as they drift off to sleep listening to their heroes. It's possible no one else in America has introduced more people to the sport.

He was also been a key voice for WOWO, 1190-AM. During his amazing career, Chase interviewed superstar athletes, political figures and the elite of American entertainment, including Elvis Presley and Frank Sinatra.

A devoted husband, father and grandfather, this is his story.