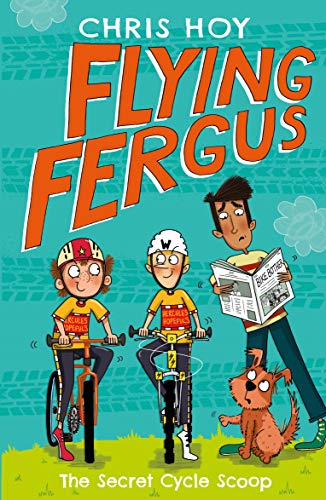 For the first time ever Fergus is cycling without Daisy by his side . . can they still be best friends?

Daisy came fifth in the tryouts, so she's the squad's first reserve, and despite training and hanging out as usual, Fergus can sense his best friend isn't herself. There's another mystery too - a rival newspaper keep getting exclusive cycling scoops, and unless the culprit selling secrets can be unmasked, Jambo's job is under threat and the wedding to Fergus's mum might have to be postponed. So who is the snitch?

Out of ideas, Fergus heads to Nevermore to consult his dad - only to find that Princess Lily is also in a spot of bother with some dragons . . .

A heartwarming tale about the power of true friendship and sticking together when times are tough - with added magic and mayhem!