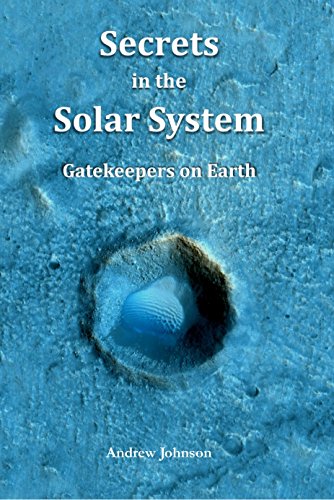 Since 1957, robotic space probes have visited all the planets in the Solar System. Is it just the case that all they have found are uninteresting collections of gas, rocks, ice and dust? This book will “take you on a journey” to the Moon, Mars, Saturn and the Sun, to view some of the anomalies that, it would appear, taxpayer-funded space agencies have ignored or even lied about. This book collects together, for the first time anywhere, fully-referenced pictures and data from over 50 years of space missions. It includes over 350 images, and some detailed explanations and commentary. The book asks what would happen if scientists discovered irrefutable evidence of past or present extra-terrestrial life in the Solar System? Would they “tell us the truth, the whole truth and nothing but the truth” about such a discovery? Or, would the “scientific technological elite” mentioned in Eisenhower’s final address to the USA, become the “gatekeepers” of “Secrets in the Solar System?”