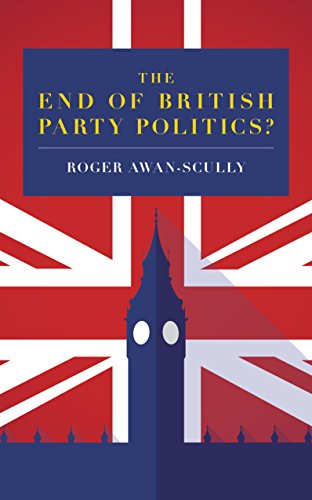 Elections ask voters to choose between political parties. But voters across the UK are increasingly being presented with fundamentally different, and largely disconnected, sets of political choices. This book is about this hollowing out of a genuinely British democratic politics: how and why it has occurred, and why it matters.


Electoral choices across Britain became increasingly differentiated along national lines over much of the last half-century. In 2017, for the second general election in a row, four different parties came first in the UK’s four nations.


UK voters are increasingly faced with general election campaigns that are largely disconnected from each other. At the same time, voters acquire much of their information about the election from news-media based in London that display little understanding of these national distinctions.


The UK continues to elect representatives to a single parliament. But the shared debates and sets of choices that tie a political community together are increasingly absent. Separate national political arenas and agendas still have to interact but in some respects the House of Commons increasingly resembles the European Parliament – whose members are democratically chosen but from a disconnected series of separate national electoral contests. This is deeply problematic for the long-term unity and integrity of the UK.