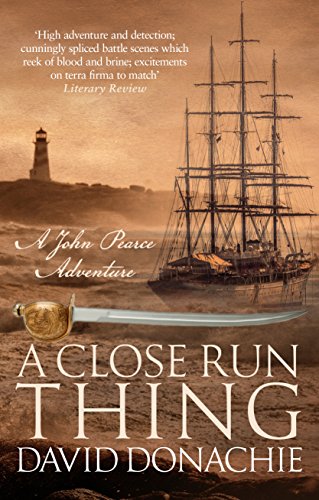 1796. Lieutenant John Pearce is hiding in the smugglers’ hub of Gravelines with his mysterious companion, known only to him as Oliphant, trapped in French territory with no way out. Although they find a crew willing to take them to England, they discover on the journey that Pearce’s old enemies, the Tolland brothers, are still active on the route, and may have been responsible for the murder of Catherine Carruthers.

Meanwhile, being on his homeland brings Pearce closer to Emily Barclay and their young son, Adam, but their tumultuous past has left their relationship fragile and the constant need for discretion is an additional strain. Then, just as things may be looking up, it seems Henry Dundas has another role for him and Oliphant: a mission to north-east Spain.