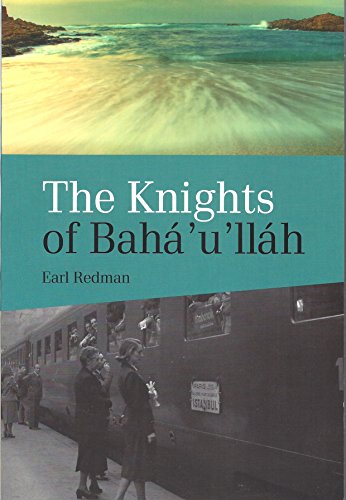 The amazing stories of the Knights of Bahá’u’lláh, whose indomitable spirit, courage and steadfastness brought the Bahá’í message to countries where it was previously unknown
Why would a legal counsel with the rank of brigadier general in the Department of Defence go to a desolate island with just a few score inhabitants? Where it was so hot that he cooked his eggs on rocks on the beach and so isolated that the arrival of an eggplant on the tide was the cause of celebration?
Why would a young doctor give up a potential job that included a nice house, servants, car and driver and a good salary, for a job paying just $25 a month in a place where the toilet was two boards placed over a stream full of water snakes?
These and other stories of indomitable spirit, courage, steadfastness and self-abnegation are the subject of this book on the Knights of Bahá’u’lláh, those Bahá’ís who left their homes to bring the message of Bahá’u’lláh to countries and territories where it was unknown, and whose names are inscribed on Shoghi Effendi’s Roll of Honour. They came from over two dozen countries scattered over the earth representing every continent; 131 of them were men and 126 women. The oldest left home at the age of 85, while the youngest was a youth no older than 14. They endured loneliness and made sacrifices, and in so doing experienced the greatest adventure of their lives.